This management technique of hedgerows provides a stock proof barrier and a dense habitat for wildlife. It also encourages growth that starts a new life cycle of the hedge.

Sean Daly, a structural engineer by day but also a proficient hedgelayer, explained the principles and demonstrated tool-use to provide foundation knowledge.

Billhooks and saws were the main tools in use and members learned how to carefully cut through the hedge stems almost completely, then lay them at an inclined angle from the ground. 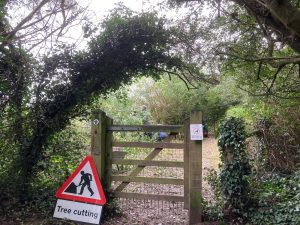 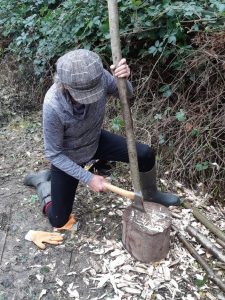 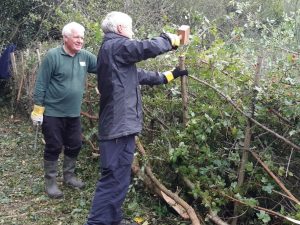 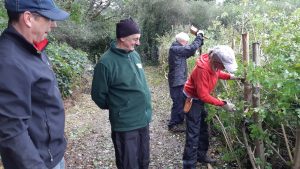 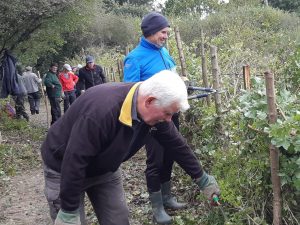 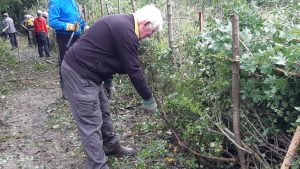 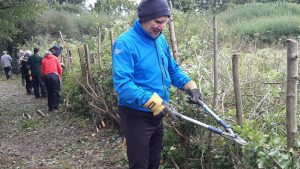 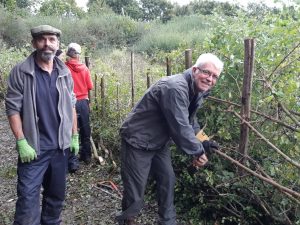 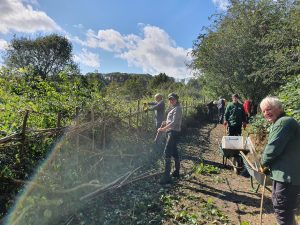 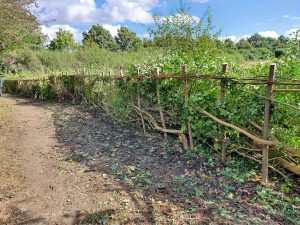 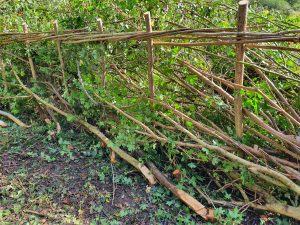 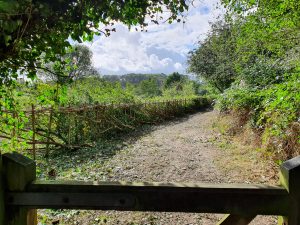 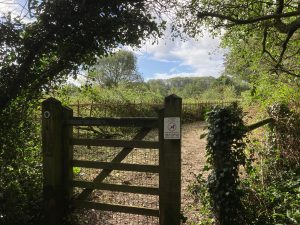 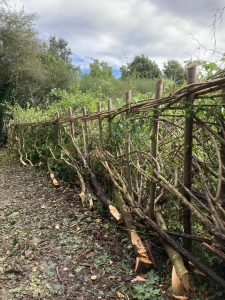 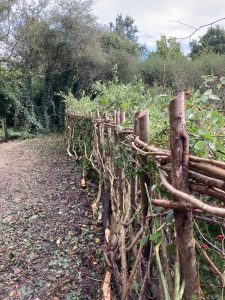 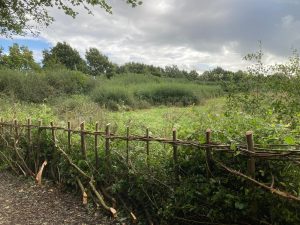 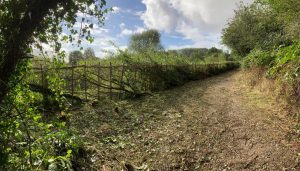 Sean said, “Laying the stems (‘pleachers’) down like this invigorates growth where they’ve been cut, so that gaps in the hedge fill up and the hedge looks younger and fresher. Although it’s now rather bare at present, next year it will produce new shoots, leaves, blossom and berries.

“This hedge is being encouraged to be wider than before by angling the pleachers in toward the field-side; wider thorn shrub areas such as hedgerows are essential for many rare species such as hazel dormouse and nightingale.”

Sturdy stakes were pointed using a billhook and hammered into the ground to provide a supporting framework to the hedge. Hazel ‘binders’ were then tightly woven between the stakes, keeping them firmly in place. Finally, bushy branches were trimmed back and the site cleared and tidied.

The completed ‘Midlands Style’ hedge can be seen at Chesworth Farm along the western edge of Tip Field, alongside part of the Riverside Walk.

The volunteers now look forward to using their new skills in the future.